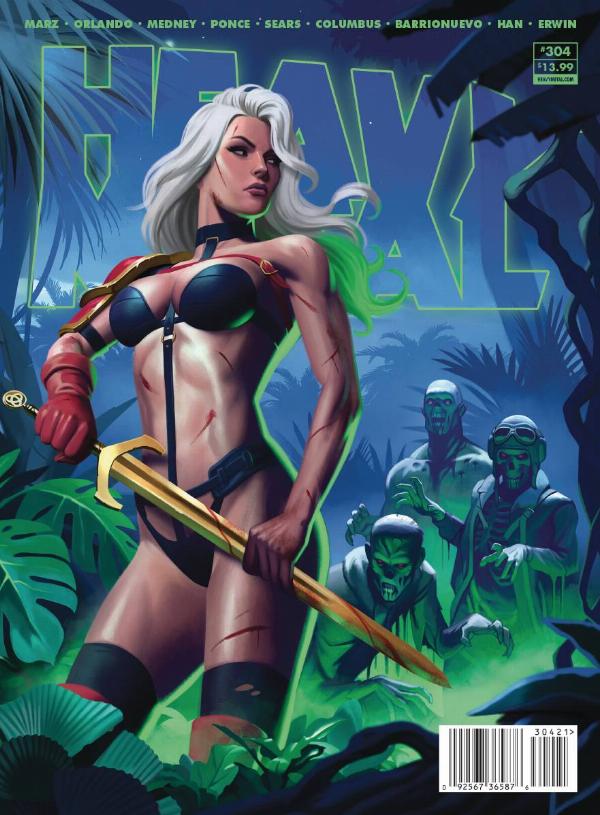 As this difficult year comes to a close Heavy Metal soldiers on and continues its monthly duty of publishing some of the best science-fiction, fantasy, and horror stories in the comic book industry!

In this issue writer extraordinaire Steve Orlando makes his debut in the magazine with his series Starward!  Swamp God by Ron Marz and Armitano also debut in this issue as well as Matt Medney and Geraldo Borges' The Adventures of Adrienne James!

"I have no question just very impressed buyer feedback. My parcel has just arrived, the excellent protective packaging kept it in pristine condition. I know you say 1-2 days for delivery but I really didn't expect it to turn up just yet especially this time of year. As for the Dragon figurine it is absolutely beautiful. Very well made and nicely painted. A good quality gift for my dragon fan Granddaughter for Christmas. Great service thank you. "