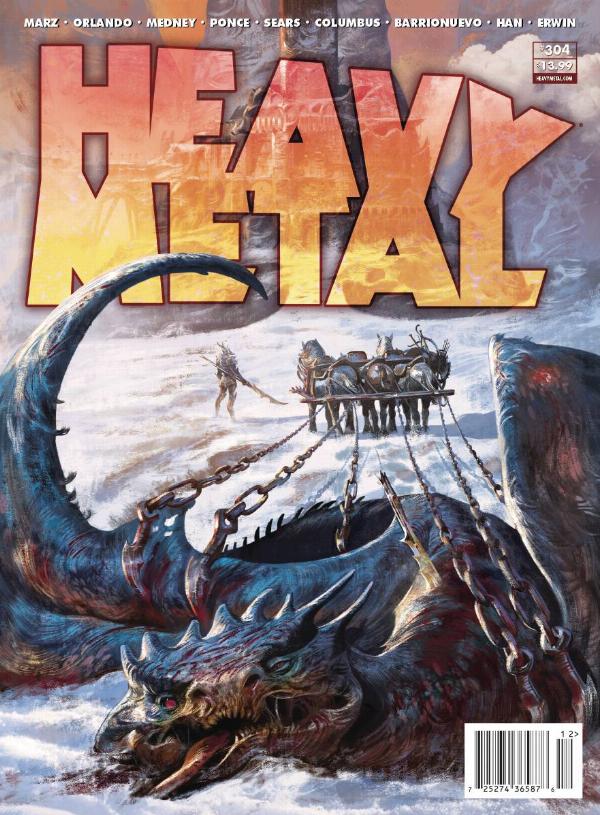 As this difficult year comes to a close Heavy Metal soldiers on and continues its monthly duty of publishing some of the best science-fiction, fantasy, and horror stories in the comic book industry! Writer extraordinaire Steve Orlando makes his debut in the magazine with his series Starward! Swamp God by Ron Marz and Armitano also debut in this issue as well as Matt Medney and Geraldo Borges' The Adventures of Adrienne James! Blake Northcott's Synapse returns in this issue! Plus, George C. Romero's The Rise, Bart & Michelle Sears' Maiden, Medney's Dark Wing, Ryan K. Lindsay & Sebastian Piriz' Black Beacon, Brendan Columbus' Savage Circus and much more!

"Hi there, received my grim reaper tea light holder today and had to message you to say it's absolutely awesome!!! My fella will love it as I bought it for a birthday present, thank you for the fast delivery, used you a couple of times and never been disappointed !! Great customer service, take care and I'm sure I'll be ordering again very soon. "