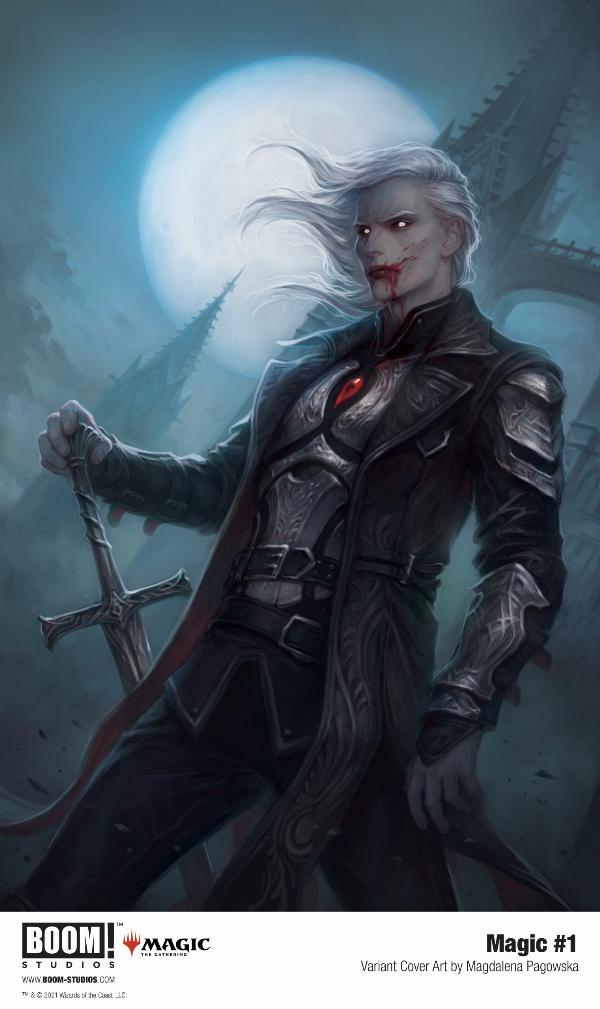 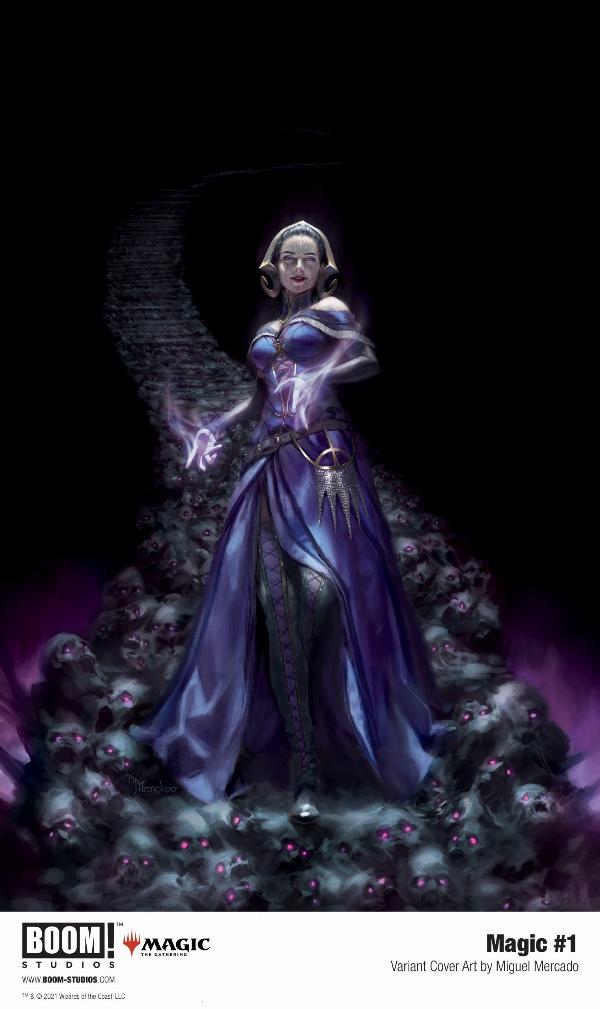 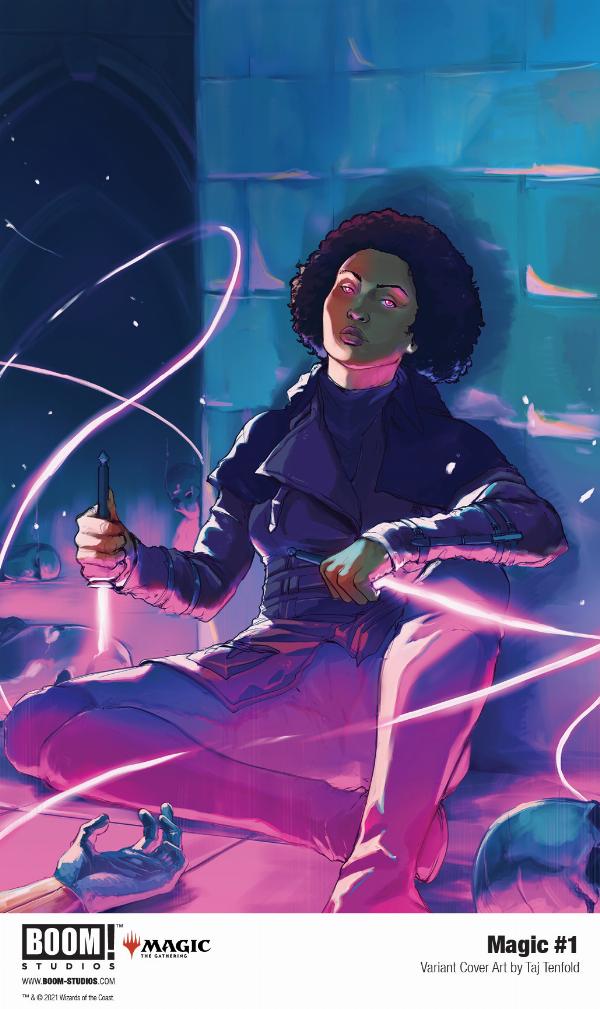 Comic is polybagged and covered so you will not know which Planeswalker cover art you will receive. There are 3 designs. Hidden Planeswalker variant covers by artists Miguel Mercado (Mighty Morphin), Taj Tenfold (Abbott), and Magdalena Pagowska (The Library of Esoterica) featuring fan favorite characters Liliana Vess, Kaya the Ghost Assassin, and Sorin Markov.

* Across the vast Multiverse, those gifted with a "spark" can tap into the raw power of Magic and travel across realms -they are Planeswalkers.

* When coordinated assassination attempts on Guildmasters Ral Zarek, Vraska and Kaya rock the city of Ravnica and leave Jace Belleren's life hanging in the balance, a fuse is lit that threatens not just these three Guilds, but the entire plane of Ravnica.

* Now these three must covertly infiltrate the wild plane of Zendikar and form a tenuous alliance to uncover why the targets of the assassins have all been Planeswalkers...

* ...which will lead them straight to one of the most enigmatic characters in Magic history!

"Thank you for your incredible service and your helpfulness,you've been tremendous in fulfilling my expectations. All of my Statues are brill...!!! I'll definitely be using you again in the future. Have a wonderful day."

"Would like to thank you for your prompt service. My daughter will be over the moon with her birthday presents and I have a fair few items I'd like to order for myself! Fabulous products and fantastic service. Thank you again"