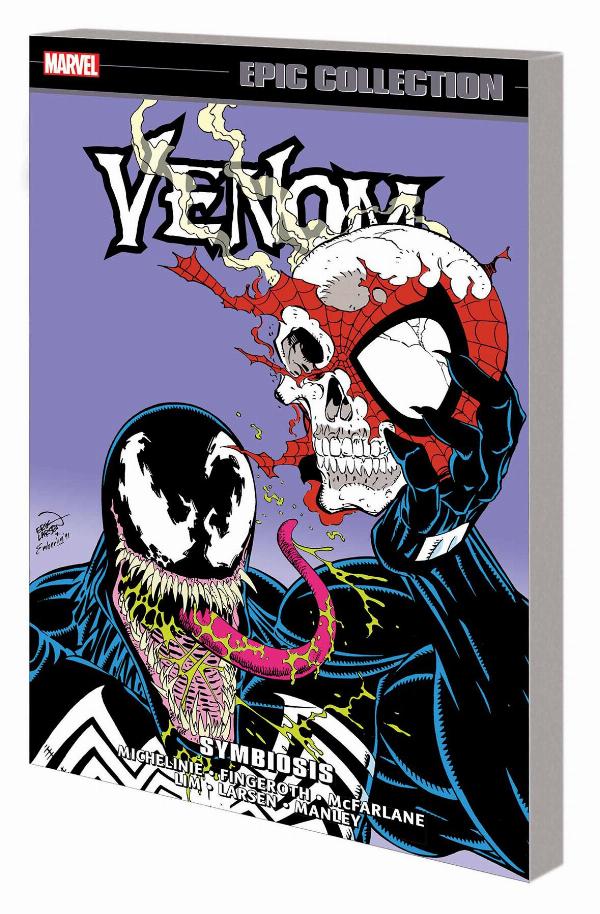 Venom goes Epic! When Spider-Man learns that his black costume is secretly an alien symbiote, he rejects the suit - and the spurned creature soon finds a new host! Disgraced reporter Eddie Brock has reasons of his own to hate Spider-Man, and together the two merge into the twisted engine of revenge known as Venom -and a rivalry for the ages begins! Venom has the same powers as Spider-Man - but he's bigger, stronger and doesn't trigger his spider-sense. And he knows Spidey's secret identity! Against such a dangerous, determined and deadly foe, how far will Spider-Man have to go to survive? Collecting AMAZING SPIDER-MAN (1963) #258, #300, #315-317, #332-333 and #346-347; WEB OF SPIDER-MAN (1985) #1; AVENGERS: DEATHTRAP - THE VAULT and DARKHAWK #13-14 - plus material from AMAZING SPIDER-MAN (1963) #388 and ANNUAL #25-26, WEB OF SPIDER-MAN ANNUAL #7-8, and SPECTACULAR SPIDER-MAN ANNUAL #12.
Rated T

" Hi Gothic Gifts, Just to let you know that my item arrived this morning!! Fantastic service. The dragon is absolutely perfect and has made my Grandson very happy. Thank you so much - I will definitely recommend you to all my dragon loving friends. Kind regards "