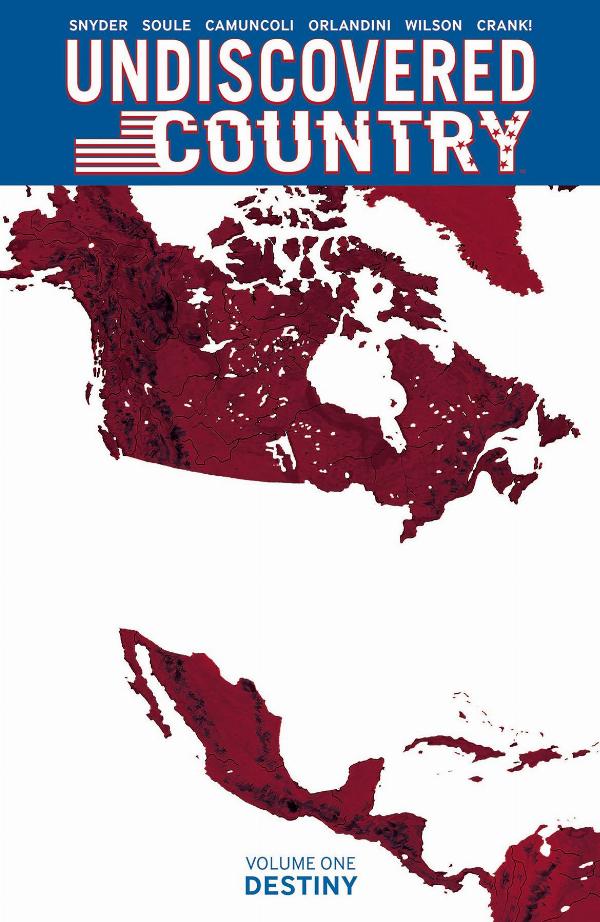 The smash-hit series written by New York Times-bestselling writers SCOTT SNYDER (WYTCHES, A.D.: AFTER DEATH) and CHARLES SOULE (CURSE WORDS, Oracle Year, Anyone) with art by GIUSEPPE CAMUNCOLI (The Amazing Spider-Man, Darth Vader, Hellblazer), DANIELE ORLANDINI (Darth Vader), newcomer LEONARDO MARCELLO GRASSI, and Eisner Award-winning colorist MATT WILSON (THE WICKED + THE DIVINE, PAPER GIRLS) gets its first collection! Journey into an unknown region that was once the United States of America-a land that's become shrouded in mystery and literally walled off from the rest of the world for well over a century. Two small expeditions enter the former US simultaneously-one from the east, one from the west-and travel inward, each seeking their own form of truth as they struggle to survive in this strange and deadly lost continent! Collects UNDISCOVERED COUNTRY #1-6.

"Hi Stephen just want to thank you for the quick delivery of my order from yesterday, it arrived at 8.45am this morning!! Really happy with the figurine im sure my friend will be made up with it."