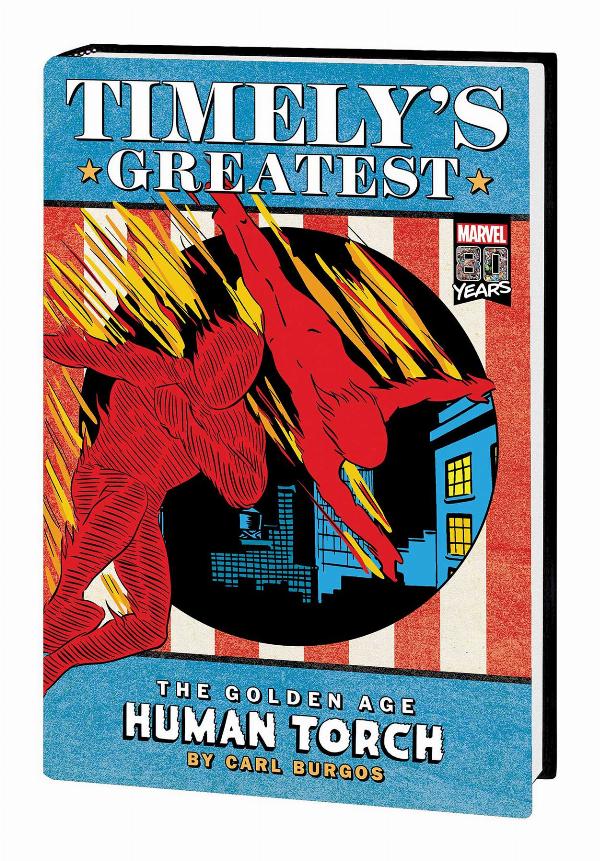 Marvel proudly presents TIMELY'S GREATEST, a series of once-in-lifetime volumes collecting the greatest stories of the Golden Age - when Marvel was known as Timely Comics! Timely's first super hero, the burning-hot hit called the Human Torch, seared his way into readers' minds in 1939, setting the path for all Marvel icons to come! Carl Burgos' fiery hero wasn't a typical do-gooder - he was a creation of cutting-edge science in a world that was terrified by his burning visage. In this first-ever collection of every Human Torch tale from the character's debut through Carl Burgos' April 1942 induction into the war effort, you'll experience the birth of Marvel Comics! Also featuring Burgos' rare postwar and 1950s Torch stories and covers! Collecting material from MARVEL COMICS #1, MARVEL MYSTERY COMICS #2-34 and #83, HUMAN TORCH COMICS #2-7 and #28, ALL-WINNERS COMICS (1941) #1-4, YOUNG MEN #24-28, CAPTAIN AMERICA (1954) #76 and DARING MYSTERY COMICS #7.
Rated T