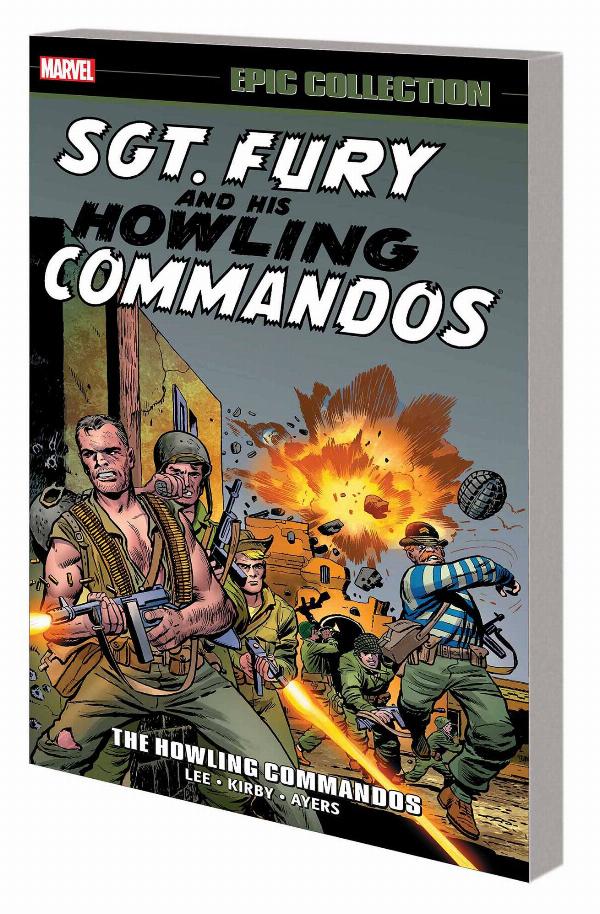 From the heart of the Silver Age, Stan Lee, Jack Kirby and Dick Ayers bring you the World War II adventures of Sgt. Nick Fury and his crack squad - the Howling Commandos! These creative titans took the Marvel method and applied it to the combat genre, creating the "war comic for people who hate war comics." Starring Nick Fury, Dum Dum Dugan, Gabe Jones, Reb Ralston, Junior Juniper and the rest of the Commandos, the series was an instant hit and would even inspire filmmaker Quentin Tarantino's Inglourious Basterds. In this inaugural Sgt. Fury Epic Collection, our heroes battle more Nazis than you can shake a bayonet at, team up with Captain America and Bucky, battle the nefarious Barons Strucker and Zemo - and set out to capture Adolf Hitler himself! Collecting Sgt. Fury #1-#19.

"I purchased a Lord of the Rings chess set from this company. The price was very reasonable - £60 cheaper than amazon. As the order was over £40, I automatically received free delivery. I also used a 10% discount code online that went through without any hassle. The website was easy to navigate and my order was placed quickly and easily. After the transaction was complete, I was e-mailed quickly with the details of my purchase. My item was highly priced and limited edition, so I was really pleased with the steps that Gothic Gifts to ensure its safe and speedy delivery to me. The delivery company they chose were excellent; texting and e-mailing me options for delivery and notifications of my parcel every step of the way. My item was brilliantly wrapped with lots of extra packing to keep it safe from any damage and was in perfect condition upon arrival. Thank you very much, Gothic Gifts. I am really pleased that I purchased my Chess Set from you and will use your company in the futur."