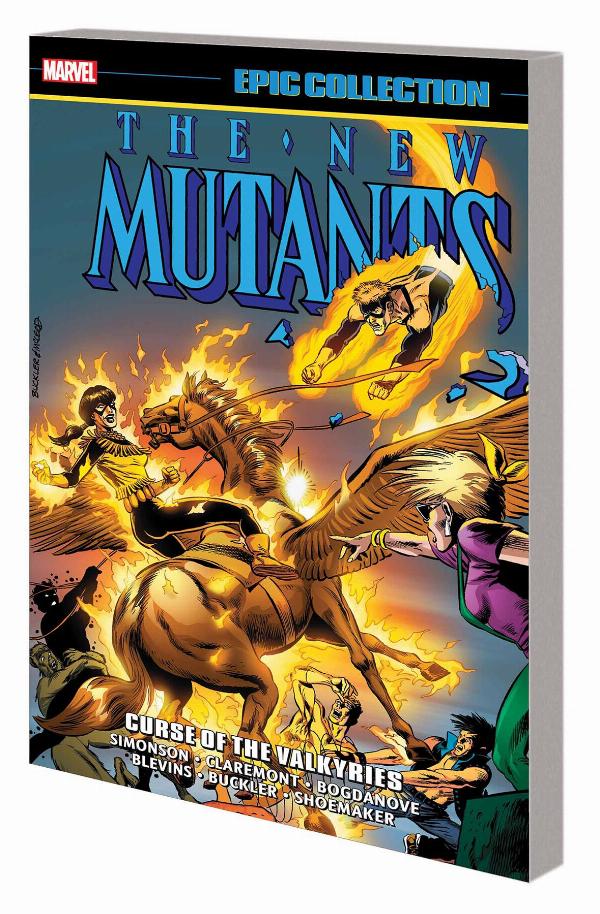 From the horror of Limbo to the glory of Asgard! As the fires of Inferno burn, the New Mutants must escape Magik's dark domain - but that leaves the way open for S'ym and his demons to invade Earth! Luckily, X-Factor's former wards, the X-Terminators, are on the scene! Can Rusty, Skids, Boom-Boom, Rictor, Artie, Leech and Wiz Kid help the New Mutants repel an army of demons and save Magik's soul? Then, when Hela's evil spell corrupts Mirage's Valkyrie side, Doctor Strange lends a magical hand! But to cure Mirage completely, the New Mutants must travel to Asgard, home of the mighty Norse gods! The trouble is, Hela is scheming to murder Odin and conquer Asgard! Will a handful of mortal mutants be enough to defeat the Goddess of Death? Collecting X-TERMINATORS #1-4 and NEW MUTANTS (1983) #71-85.
Rated T

"Hi Team at Gothic Gifts We wanted to let you know that our package has arrived today. Thank-you we absolutely love our purchases, they are to be gifts for our daughter and we are very pleased with them. Keeping us informed of our delivery was great, rather than the frustrating methods of ‘track your delivery’. It was a pleasure to do business with you. Kind regards "