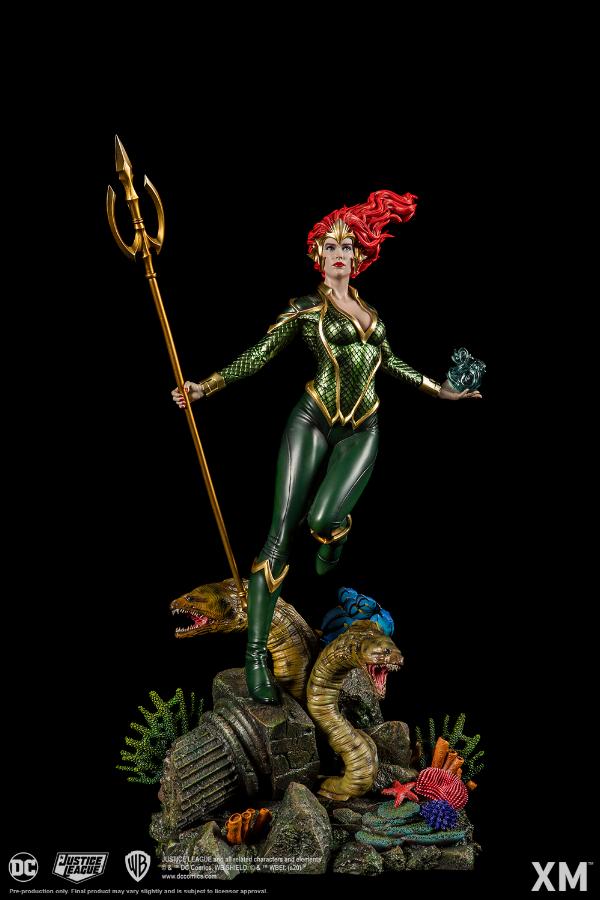 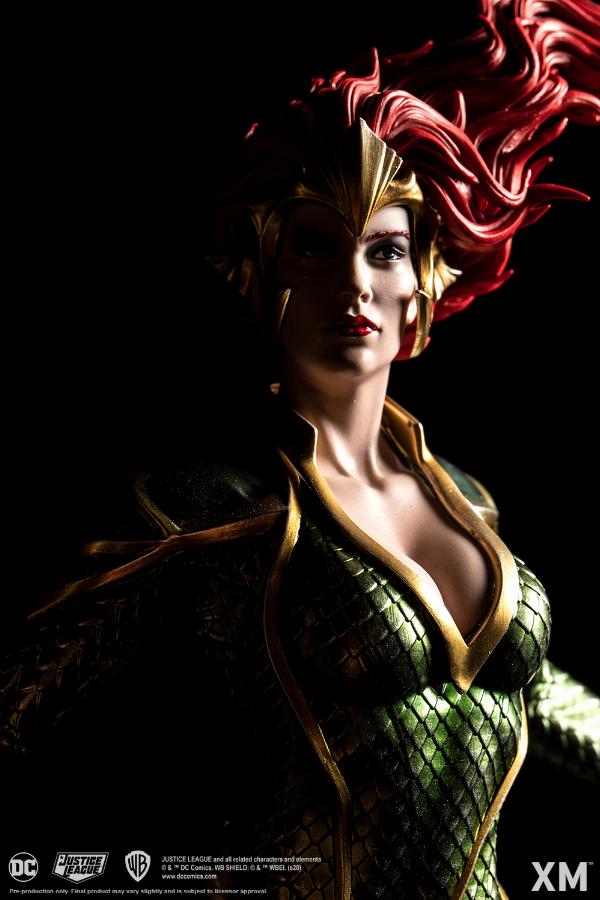 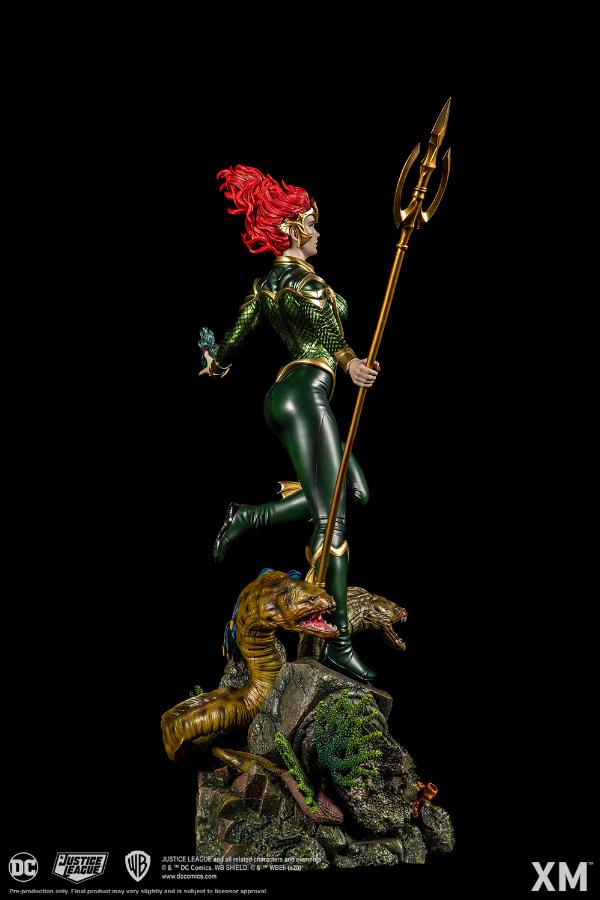 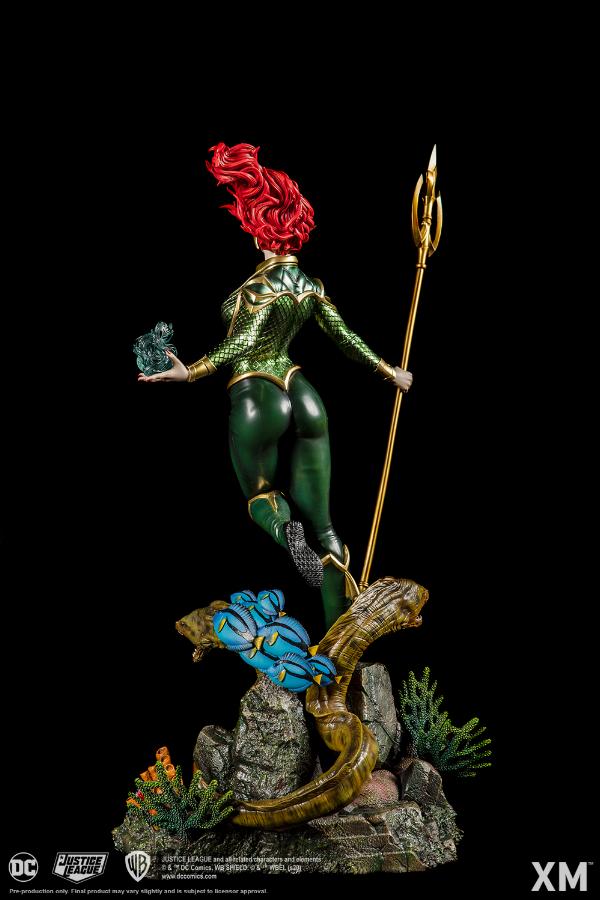 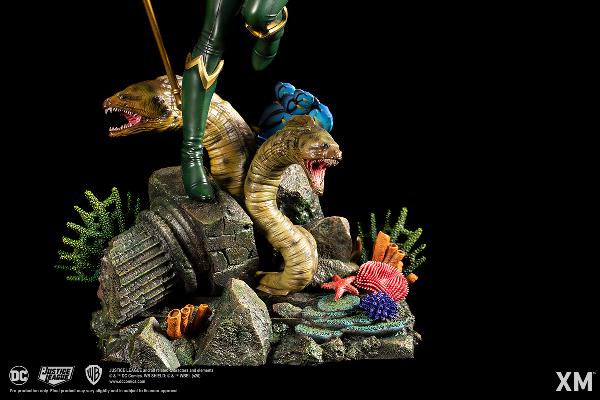 Delivered to You in 2-4 days (tracked)

Mera! She is queen of the fabled underwater realm alongside her soulmate Aquaman. With her hydrokinetic powers, she defends both land and sea! Immortalized in amazingly detailed 1:6 scale cold-cast porcelain, each painstakingly handcrafted statue is individually hand-painted with the famous XM quality finish.

Fighting alongside Aquaman, the flame-haired warrior Mera has become a trusted protector of Atlantis and a respected DC Super Hero in her own right. Though she’s often felt Earth’s surface people haven’t earned the love and care Arthur Curry has for them, she defends them as he would, sharing his hope that air-breathing humans and water-breathing Atlanteans can forge a lasting peace. To that end, she, like the man she loves, has worked alongside the Justice League, earning the respect and friendship of Earth’s champions. Fierce and determined, Mera wields her trident in her right hand and displays her hydrokinesis power on the left, ready to defend and attack.

"I purchased a Lord of the Rings chess set from this company. The price was very reasonable - £60 cheaper than amazon. As the order was over £40, I automatically received free delivery. I also used a 10% discount code online that went through without any hassle. The website was easy to navigate and my order was placed quickly and easily. After the transaction was complete, I was e-mailed quickly with the details of my purchase. My item was highly priced and limited edition, so I was really pleased with the steps that Gothic Gifts to ensure its safe and speedy delivery to me. The delivery company they chose were excellent; texting and e-mailing me options for delivery and notifications of my parcel every step of the way. My item was brilliantly wrapped with lots of extra packing to keep it safe from any damage and was in perfect condition upon arrival. Thank you very much, Gothic Gifts. I am really pleased that I purchased my Chess Set from you and will use your company in the futur."