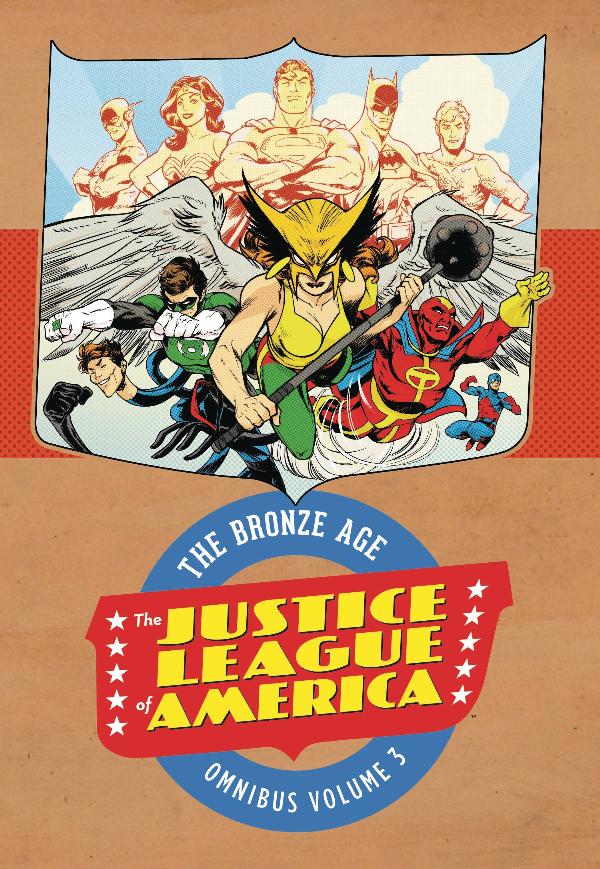 The JLA moves into the second half of the '70s with tales guest-starring the Justice Society of America, the Legion of Super-Heroes, and heroes from the long-gone past including Jonah Hex, the Viking Prince, Enemy Ace, and more. Plus, the League's mascot, Snapper Carr, turns against the team, the Phantom Stranger helps the team battle a returning pantheon of ancient gods, the Martian Manhunter faces Despero for the lives of the League, and the Secret Society of Super-Villains swap bodies with the World's Greatest Superheroes. Plus, Black Lightning is invited to join the JLA-but turns down the invitation for mysterious reasons.
Collects Justice League of America #147-182, Super-Team Family #11-14, DC Special #27, DC Special Series #6, Secret Society of Super-Villains #15, DC Comics Presents #17, and pages from Amazing World of DC comics #14.

Larger than the previous two volumes. 1000+ pages. Limited to 1 per customer.

"Would like to thank you for your prompt service. My daughter will be over the moon with her birthday presents and I have a fair few items I'd like to order for myself! Fabulous products and fantastic service. Thank you again"