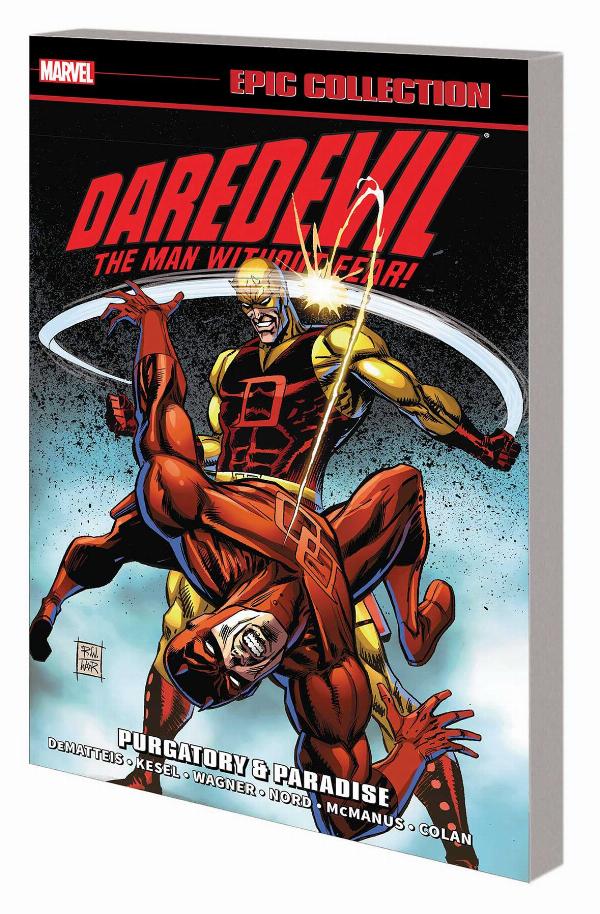 Taken to the edge! Daredevil's armored gray costume is no more - but who is that running around in the original yellow suit? And the classic red? Is it Matt Murdock? Jack Batlin? Or...someone else?! The Man Without Fear faces an identity crisis - and it won't be easy to put his broken life back together! If he can, a new day will dawn for Nelson & Murdock - unless hotshot lawyer Rosalind Sharpe has other ideas! Faces from Matt's past resurface, including his mother, former lover Black Widow and dead mentor Stick - but there's something different about Spider-Man! Meanwhile, villains line up to take on Daredevil - like Pyro, the Enforcers, the Absorbing Man and Mysterio! Matt faces one of his hardest cases: defending the murderous Mister Hyde! And DD pulls an all-nighter battling Insomnia! Collecting DAREDEVIL (1964) #345-364.
Rated T

"Very Pleased! Thank you Gothic Gifts! My purchase is exactly what I wanted and wanted so, I am very pleased of my purchase. I'LL BE BACK LOL."

" Just wanted to drop you a line to say how impressed I am with your service. 'Mercy' arrived safely today (I only ordered her on Monday!) and the packaging was superb. I have already recommended you to my daughter. Thanks again! "

"Hi, I recently orders a skull ornament from you, just to let you know it arrived very quickly and was well packaged. I'm very pleased with my purchase and will buy from you again. Many thanks"