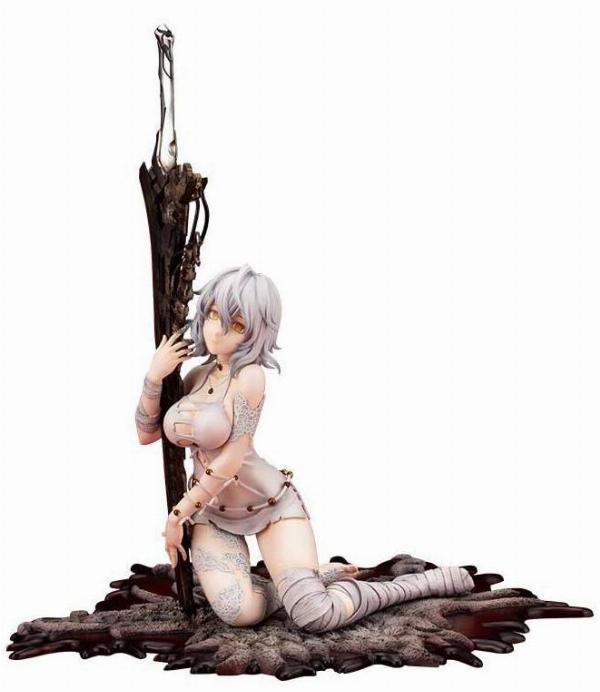 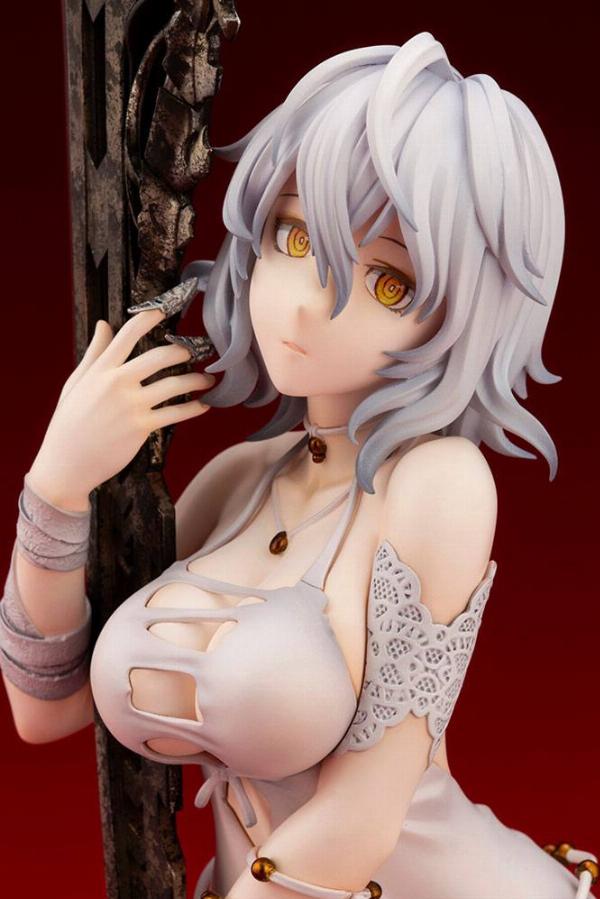 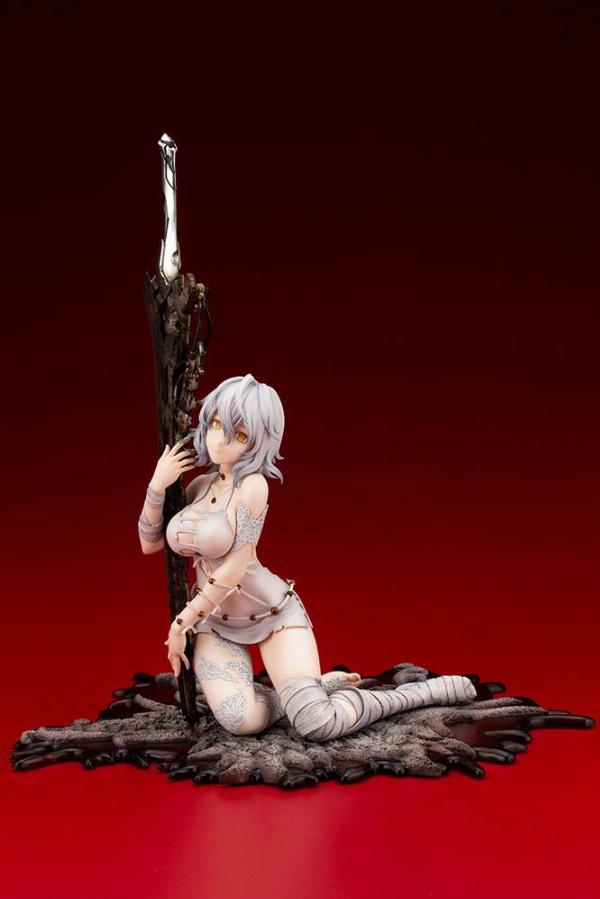 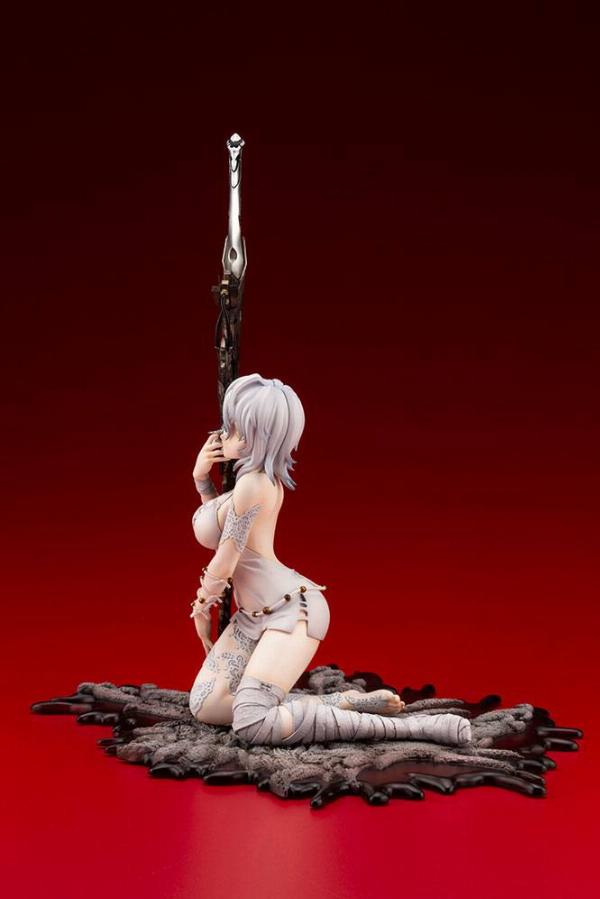 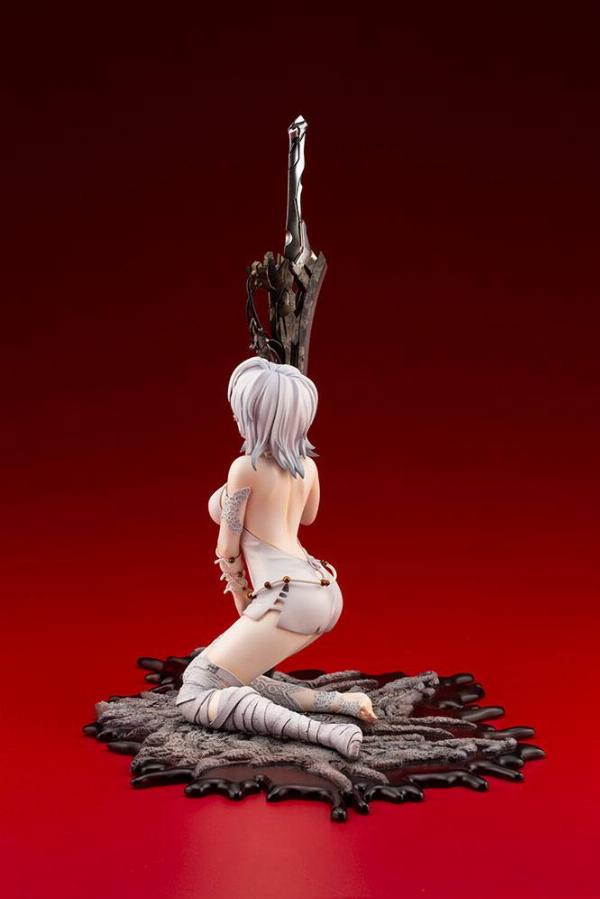 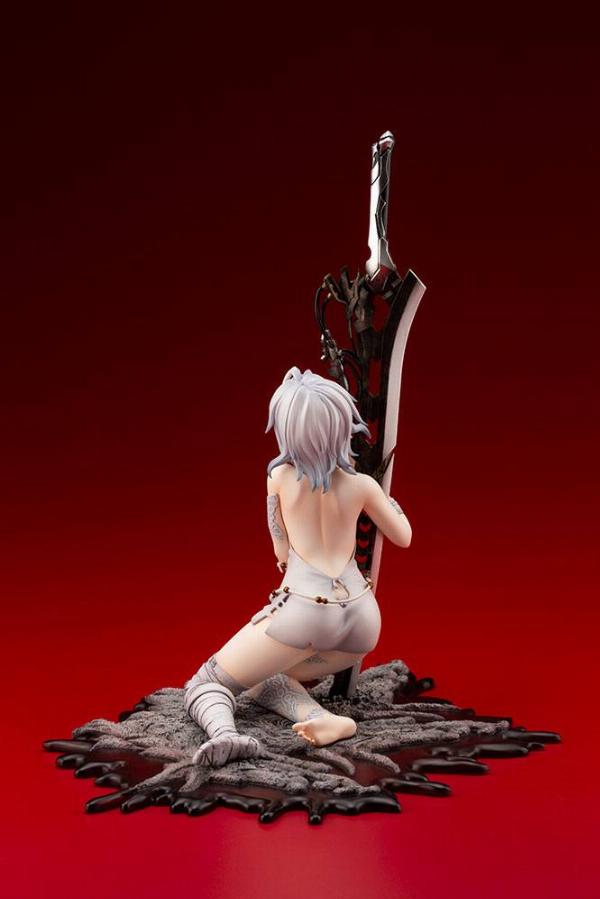 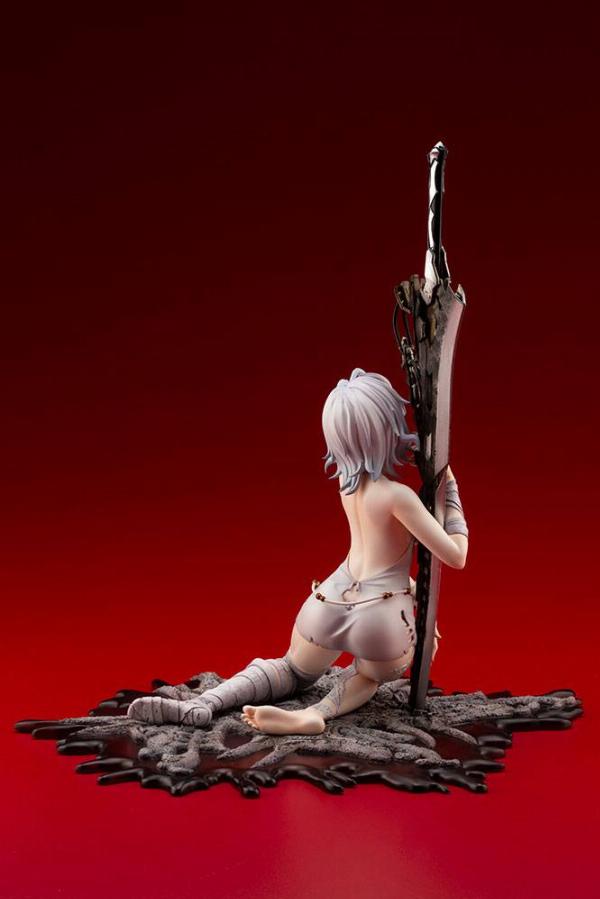 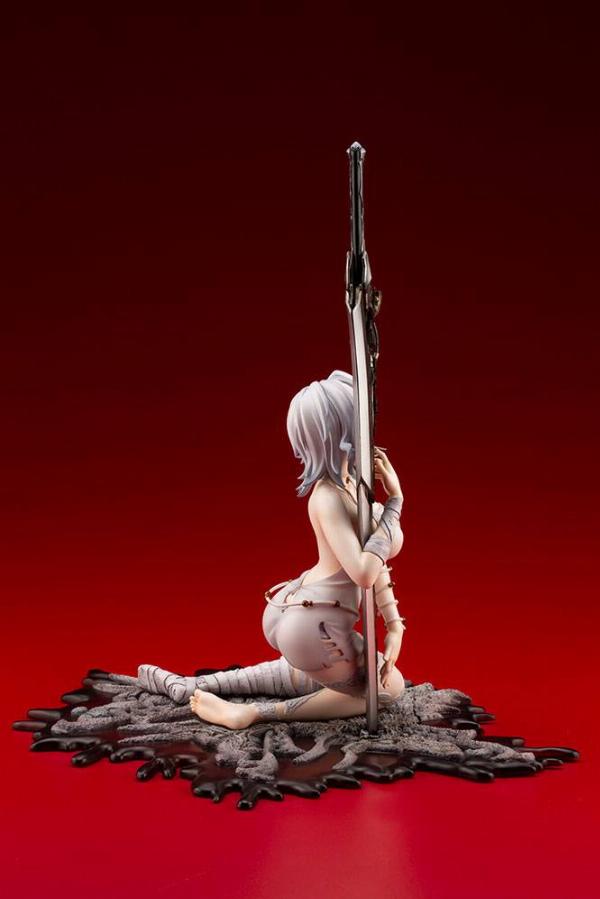 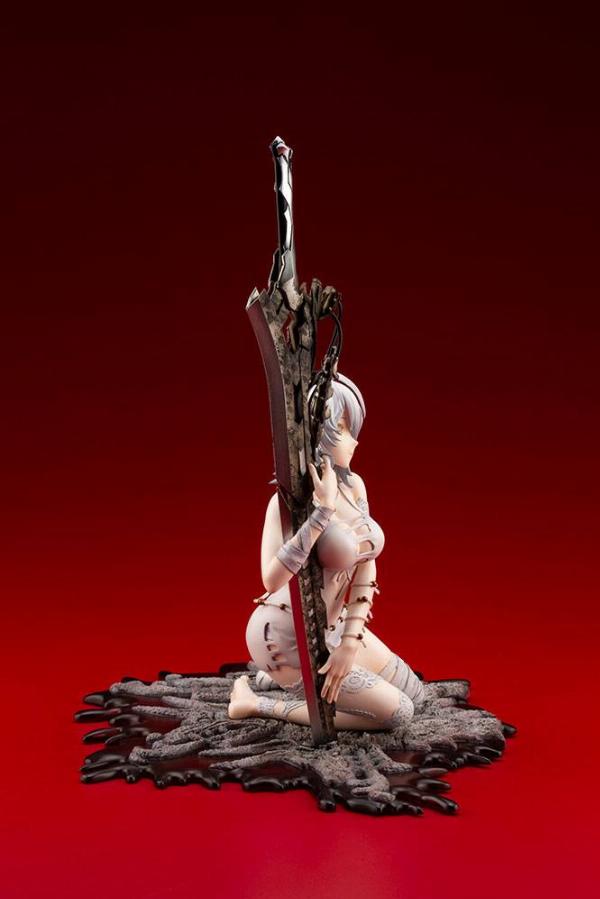 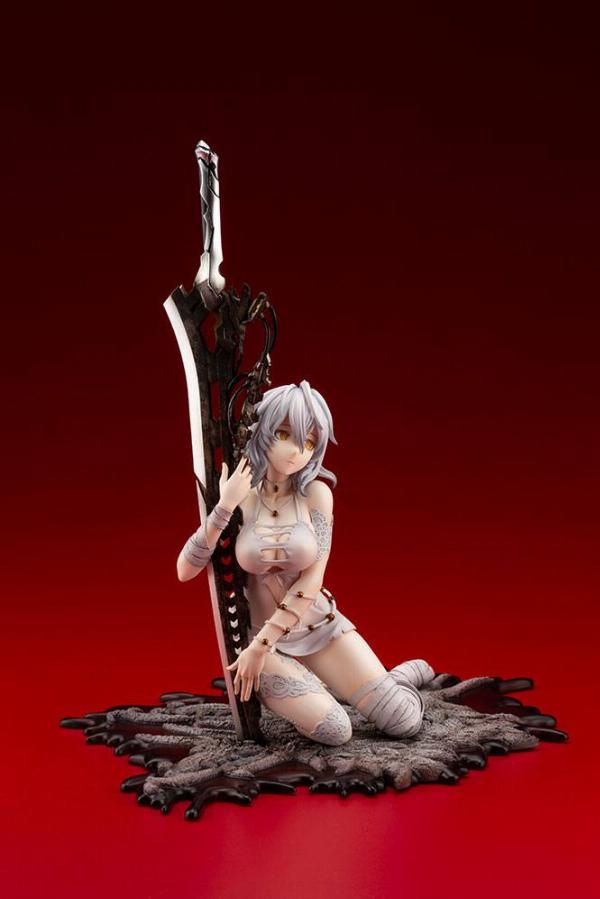 Kotobukiya collection. The Japanese company is well known for high a standard of craftmanship.

The base of this iconic statue alone has many details, giving fans the feeling that Io has truly come out of the dark world. To give the blood on the base a realistic shear, clear parts have been used on the base. The base has been sculpted to replicate fields from the game itself. Io can be seen leaning up against the protagonist's sword, which also does not lack in any detail. The seemingly realistic wear in the weapon makes this sword look as if it has truly been used in combat. The blade has been painted and sculpted to portray a real blade which gleams under a light when looking at the blade from various angles. Io herself, can be seen waiting for the protagonist's return in this dark and harsh world. Her eyes look far off into the distance, face full of emotion. From the sculpt of her face to the body jewelry that adorns her, every aspect of this figure captures the essence of this beautiful character. The sculpt of her toes, and her fingers as she grips the weapon in the ground is also full of life. This sculpt can be enjoyed from 360 degrees. Display this work of art and revel in the sight of Io as she awaits your return.